For a long time, Canola was the oil of choice in my mom’s kitchen in India. What I didn’t know then was that it had likely been imported all the way from Canada.

Choosing the right cooking oil is tough. In this article I share my four criteria for simplifying this decision. 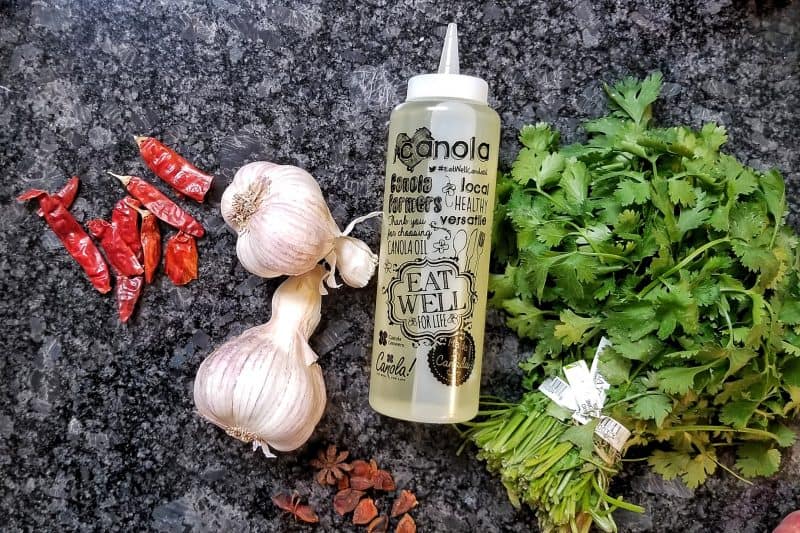 Last month I was invited to attend a #CanolaConnect interactive culinary workshop organized by the team behind Canola Eat Well. The evening was spent learning the story behind Canola, how the oil is produced and of course its benefits. I was glad to have the company of other foodies and food influencers along with me that evening as we discussed Canola and lingered over a fabulous brunch laid out at the Bar Lisa Marie in Toronto.

When we arrived that evening I also had the opportunity to share what is most important to us about summertime entertaining. My answer, as always brings it back to delicious food shared with friends and family.

At the event, we had the honour to meet Jeannette Andrashewski, a mother herself and a farmer from Two Hills, Alberta. She shared with us her joy and passion for farming in Canada and how 97% of the farms in the country are owned by families just like hers. One of the things I learned from her is how just the tiniest sliver of the planet is farmeable land, and that poses a big challenge to farmers everywhere. Technology and science have thankfully come to the rescue to help sustain farming around the world to be able to feed the world. 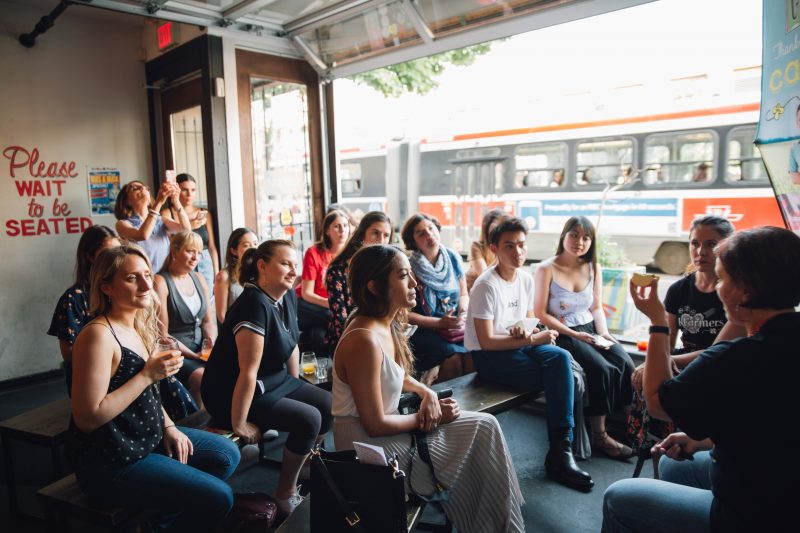 The Story Behind Canola

Canadian farmers grow canola mostly in the Prairies. More than 43,000 farming families depend on the canola crop for their livelihood and 90% of Canadian canola is exported to the world. It generates more than $9Bn Dollars for the Canadian economy.

Could it get any more Canadian than that?

Canola is derived from the Brassica group of plants – the same family that includes mustard, brussels sprouts, cabbage, cauliflower and broccoli. The seeds actually look very similar to rye and mustard that I am so familiar with in Indian cooking. At the event, we were given the opportunity to see how the oil is made by crushing the tiny black seeds. It is this process that draws the oil out of the seeds. 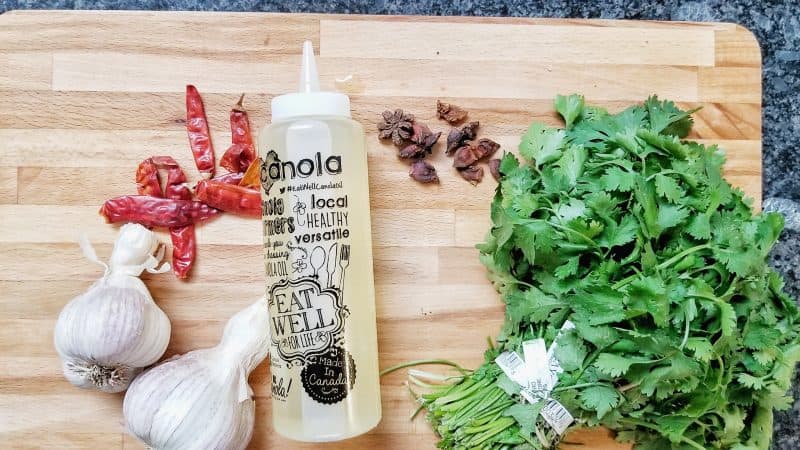 Choosing the right oil for your cooking

The grocery store can take some navigating, and choosing the right cooking oil even more so. Recently I have been choosing a dairy-free cooking medium but all oils aren’t created equal so, I admit, it is confusing. Before I buy any cooking oil I ask myself this:
What will I use the oil for?
High heat cooking like deep fry and stir fry needs an oil that can withstand, you got it, high heat. Whereas if you’re seeking something to drizzle on top of your salad then flavour is the first consideration.

Here are my four criteria in choosing the right oil for cooking:

Why should you use Canola Oil?

Canola oil is light and clear with a mild flavour. It is high in monounsaturates, low in saturated fat and has plenty of omega-3s. Canola is a versatile cooking oil and is more stable than many others at high temperatures.

The bottom line: It holds up very well when you are cooking with herbs and spices, and because it has such little flavour of its own you don’t have to worry about other unexpected flavours in your food. With a high smoke point of 240 degrees Celsius it is good for high-heat cooking.

There is some misinformation around Canola Oil and its origins. We discussed this at the #CanolaConnect event last month. I found out that Canola is derived from the original Canadian rapeseed. Years ago Canadian scientists drew out the bitter and the unwanted elements from the seed and were amazed at what was left behind – a healthy, well-balanced, versatile cooking oil.

What is your favourite cooking medium? I would love to hear from you. Share in the comments or tag me @MapleandMarigold in your posts on social media.

Thank you for reading!

Disclaimer: Canola Eat Well, the team behind the series of workshops, is a joint partnership between canola farmers, government agencies and marketing to help raise awareness and inspire Canadians to use this very Canadian product. I was invited to attend this #CanolaConnect event.  The opinion about Canola is honest and all mine.