The Truth is out there. And it matters 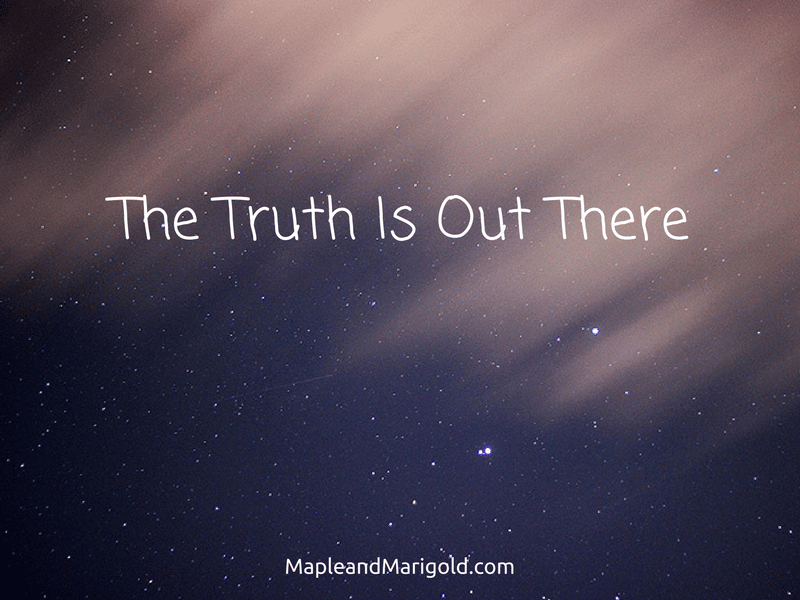 The recent United States Presidential debate was disturbing for a number of reasons. Like many other people I’m shocked to see how far this man, Donald Trump, has got despite showing such terrible bias against broad groups of people. Insulting women – check! Blacks – check! Gays – check. Even people with special needs have not been spared his harsh and ugly judgement. But that’s not the main reason why I was disturbed last night.

And it’s taken me 40 odd years to figure this out – facts don’t matter. They didn’t matter to Mr Trump last night as he stood in front of the people of America, and lied. To be honest it seems Mrs Clinton has a little bit of the same malaise. A politician’s malaise. I’m Canadian and that means come November I can leave this tough decision for my neighbours due South. But I digress!

As I looked over my Twitter and Facebook feed this week what I saw finally helped me understand – facts don’t matter, not to most people. News stations are claiming the victory for their favoured candidate and judgement is being passed based on demeanour. Not facts or future plans (also facts) for the country but demeanour! Who looked and acted like a winner! It’s evident facts don’t matter even reality doesn’t matter.

The very slogan, “Make America Great Again” is based on perception. Economists have refuted the Republican economic plan. It will not make America great again. But because Mr Trump has the louder voice and repeated his falsehoods often enough at the debate last night he has got away with fooling his audience yet again. As I said facts don’t matter.

Which brings me to my children.

My little daughter is troubled with a similar issue. No, not the US Presidential Elections! She is after all only 5. It started when over the summer holidays a close friend laid claim to her favourite hat. “This is mine,” she said.

I noticed what happened only later when my daughter mentioned that she had given her hat to her friend because she said it belonged to the other girl. No amount of convincing from me could budge her. Finally I had to remind her of how she got the hat and the story behind it. We also talked about how just because somebody says it convincingly and often enough, it doesn’t make it true.

Facts should matter but in this age of too much information, they often get lost in the noise. I am raising my kids to be sceptics. Use your judgement, I say, and hope they’re listening. It’ll help when you are fighting for ownership of your own hat or when you’re in the school yard listening to gossip.

The truth matters – as it should! But the rising popularity of Mr Trump is proof that for many people facts don’t matter. Fact checks even less so. Evidence is largely ignored and most people find truth too troublesome. Too much trouble to find out and even more trouble to admit.

But the truth IS out there. All we have to do is look closely.