Inside Out Movie #Review 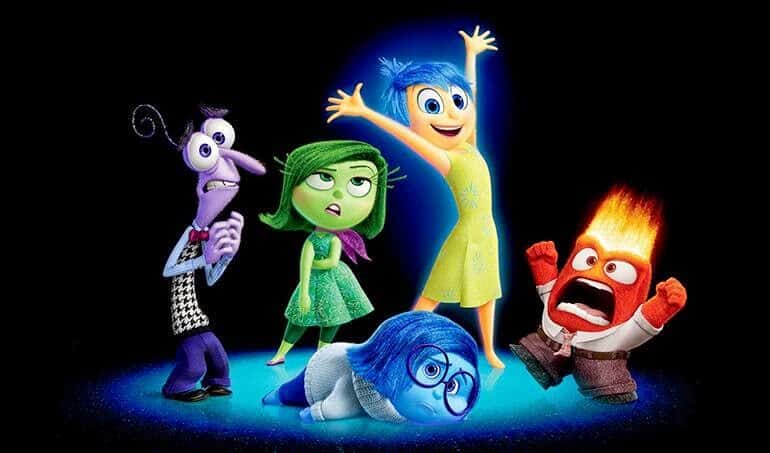 Like so many other parents, I also took my daughter and her friend to see Disney/ Pixar’s latest movie, Inside Out. No, this is not a review because if it were…..it would be really short.
“Watch Inside Out. It’s excellent.”

The kids loved the movie, no doubt about it. As did I. But what I loved most was afterwards and weeks later, we are still talking about how it made us think and feel. I confess, I don’t know much of what goes on inside a 9 year old’s mind (even though I have one and used to be one) but because of Inside Out now I know at least FIVE things. Joy, Fear, Disgust, Anger and Sadness, all are mashed up in there. But I am getting ahead of myself.

Inside Out Movie Review

If you haven’t watched the movie yet, Inside Out is about a girl, Riley and her emotions, and how many of her actions even little ones like spitting out broccoli etc, are all results of these 5 main emotions. Simplistic, yes, but it works! The 11-year old moves with her family from a small town in the United States to big city San Francisco. Slowly we see her grow from a happy, carefree child into a hesitant, angry person, and the parents don’t know how to help her. Actually in the beginning they don’t even know anything’s wrong because they are so used to seeing their happy little girl that they miss all the warning signs (acting out at the dinner table, breaking down in school). The story struck a chord in me because as my kids are getting older I find we are often at opposite sides of an argument. This movie has helped me start tough discussions especially as we get ready to go back to school soon: 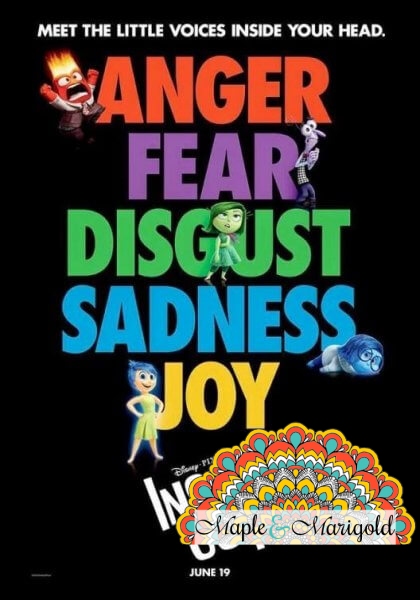 In the movie, the parents don’t realise that their daughter is simply shelving  her sadness away without really addressing the issues. It’s only when she loses all her joy (the feeling and the main character in the movie)  does she start to feel angry, scared and disgusted all the time, but mostly angry. I love that as a result of watching Inside Out, the kids and I have had these talks about emotions, and how it’s OK to have so many of them whirling up inside of you. Simultaneously.

So watch the movie. It has something for every age. The younger ones will enjoy the colours and the antics while the older ones will appreciate the meaning behind the antics. With school starting back up soon, it is time to get kids prepared for another year of learning and friendships, and yes, of cliques and bullying.

In our case the movie opened the door to a conversation about feelings and how they convert into actions. That’s worth the price of a movie ticket, I say! So much more.