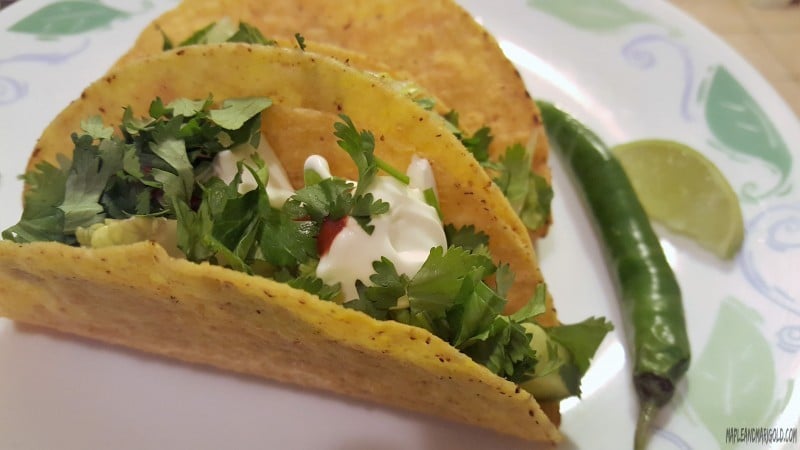 When I think of Mexico my mind immediately goes to quaint streets decorated with flowers, men with sombreros, and women wearing  flouncy skirts. I have never traveled south of the United States though and the closest I got to this colourful country was San Diego on the southern end of California. After our first trip to San Diego, we returned with a souvenir or (two) of Mexican silver and also a taste for Mexican cuisine. I admit my knowledge of Mexico is limited but I’ve learnt that much like Indian cuisine, Mexican dishes also use similar herbs and spices. Cumin, cilantro, red chillies and green chillies are all familiar ingredients. Maybe that’s why my family immediately fell in love with the variety – burritos and enchiladas, carnitas and even ceviche. Our favourite by far is the taco, especially chicken tacos!

When we got back to Canada, I was not able to find the same fresh and citrus flavoured tacos anywhere (we lived in Calgary at that time) and so after much testing I came up with a way to replicate it on our dining table. I’m glad to say this Mexican chicken tacos recipe ended up as one of our favourite weeknight dinners. The kids love the DIY element where they can assemble their own tacos. And my hubby and I enjoy the memories of our travels when we almost made it to Mexico. 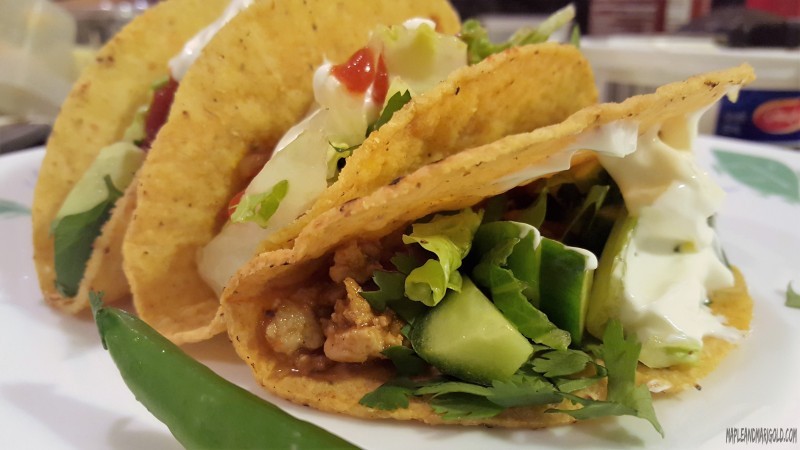 This Mexican chicken tacos recipe has become a regular feature on my weekly menu. It’s easy, ready in 30 mins after school and work, even as kids are standing in the kitchen along with you. Older kids can help with pulling the toppings together – washing and chopping the lettuce, cucumbers, grating cheese. And the bonus? These authentic citrus and spring-like flavours make the world a little smaller and bring the exotic a lot closer to home. 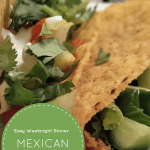 For the Corn Slaw 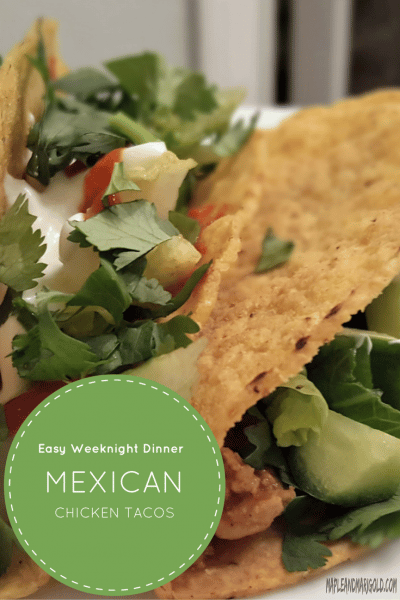